January is dedicated as Human Trafficking Awareness Month. This month raises awareness about human trafficking and serves as a reminder for individuals to educate ourselves about the significance of this issue.

In 2000, President Bill Clinton signed into law the Trafficking Victims Protection Act (TVPA). This law was revered in recognition of the United States’ commitment to combat human trafficking both domestically and internationally. The establishment of the TVPA Act made human trafficking of persons a federal crime. In addition, this Act authorized the U.S. Government to assist foreign countries with their efforts to fight against trafficking, as well as address trafficking in the United States, which also included raising awareness and research about this issue.

Beginning in 2010, January has been officially dedicated as National Trafficking Prevention Month. In 2010, by presidential proclamation, President Barack Obama declared January as “National Slavery and Human Trafficking Month. Since that time, this month was set aside to educate the public and to raise awareness about human trafficking. Coinciding with this education and awareness the U.S. Department of State continues to raise awareness of human trafficking both domestically and abroad. Every president since 2010, has continued to follow this tradition as an effective means of investigation in human trafficking.

In 2023, President Joe Biden proclaimed January 2023, as “National Trafficking Month.” This proclamation serves to reaffirm his Administration’s vowed commitment, “to protect and empower survivors of all forms of human trafficking, to prosecute traffickers, and to bring an end to human trafficking in the United States and around the world.” The Biden Administration is greatly commitment to addressing the human trafficking impacts of racial and ethnic minorities, women, girls, migrants, and those individuals considered to be the most vulnerable, marginalized, and those considered to be in underserved communities. 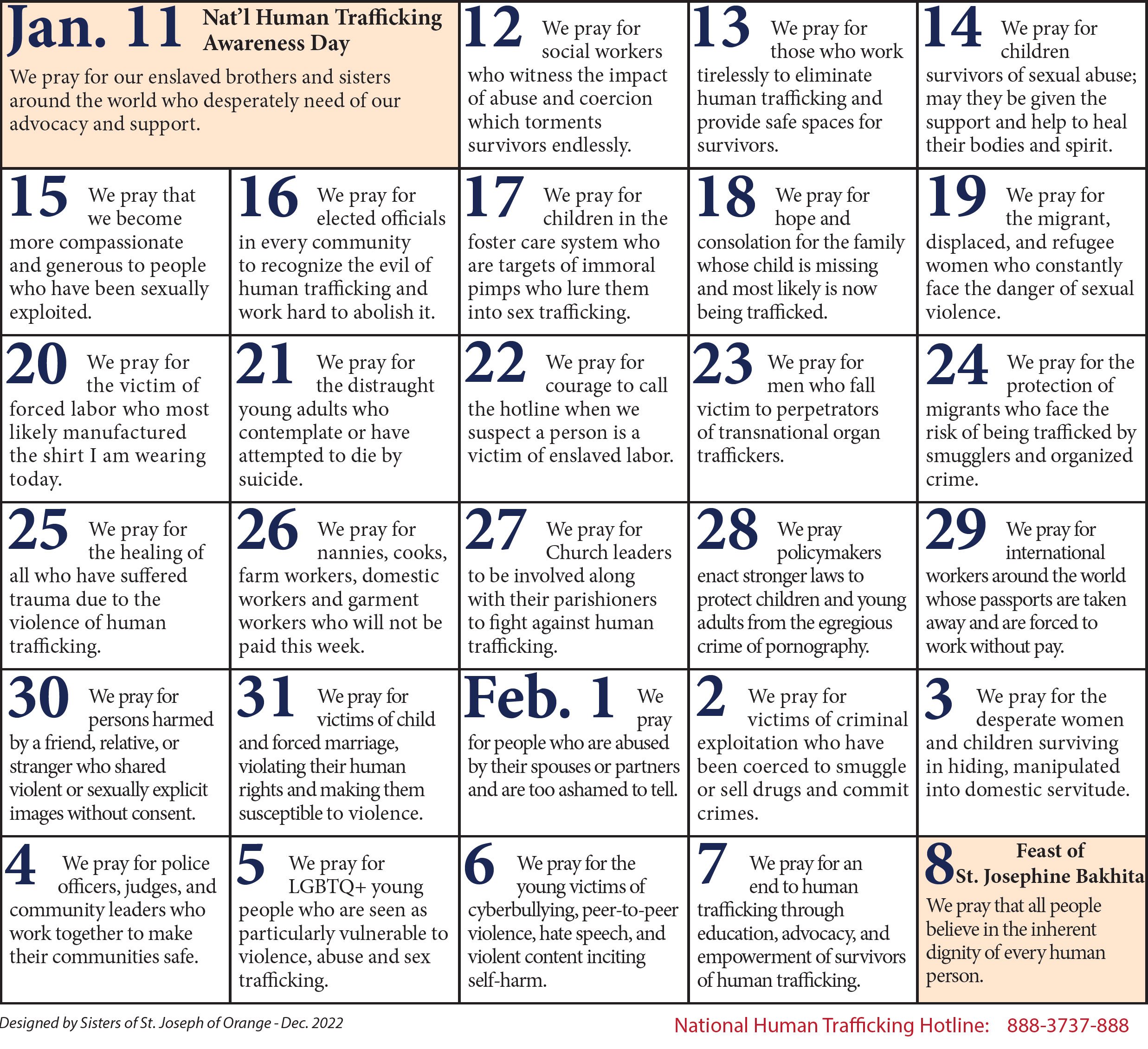