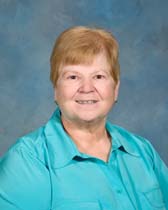 Sister Madeline Sarli died on November 18, 2021, at Saint Joseph Villa. Her  funeral Mass  was celebrated on December 29, 2021. Sister Madeline Sarli was the oldest child of Elaine and Rocco Sarli. She and her younger sister were educated in Newark, New Jersey. She and her sister attended Our Lady of Good Counsel School in Newark for twelve years.  Madeline proudly tells the story of how her mother saved her life. When she was in first grade, Madeline fell from the second floor window of her home. When she cried out, her mother heard her and rushed up the stairs in a panic. She was able to grab her and pull her back into the house. Madeline reflects, “God was with us both.”

From the second grade, Madeline had a strong desire to be a Sister of Saint Joseph. Sister Bertrand left such a lasting impression on Madeline that this young girl nurtured this strong calling. In high school Madeline was a serious student who also enjoyed herself. In these early years of her life, she took the job in a department store wrapping packages. Also, she was employed in an insurance office and volunteered as a candy striper in a local hospital.

On September 12, 1964, Sister Madeline Sarli entered the postulate at Mount Saint Joseph Convent to begin her formation as a Sister of Saint Joseph. She observes, “I learned from this experience to live and work with a large group of women.” Her first teaching experience was at Our Lady of the Visitation School in the Kensington section of Philadelphia. Affectionately known as “The Viz,” Madeline remarks that she was “blessed” to missioned there three times in her life.  Among her educational achievements, Madeline lists opening a school in Peapack, New Jersey. When she left this assignment, the school has burgeoned from pre-K to sixth grade.

In March 2018, Madeline became a prayer and presence at Saint Joseph Villa.

During these years,  Sister wrote, “I have learned much about God, myself, and all those I have been privileged to meet during these years. My journey has been richly blessed.” God bless you, Madeline, and may the blessings continue in Paradise.