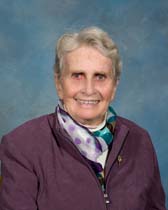 Helen Adele, the second of five children of Helen and James, was born in Birmingham, Alabama. When in the second grade, the family was then living in Syracuse, and she was told she was moving up a grade, Helen thought it was because of her height, but it was probably because of the size her brain. She entered the class room, and there was her big brother, Jimmy. Both were flabbergasted. After the initial shock wore off, they thoroughly enjoyed their years together, especially the benefits of “shared homework” and  Helen’s great selection of boyfriends. Tragically, Jimmy died at the age of 28 while in Germany testing a Mohawk fighter plane. After this loss the family was “never the same again.” On the day of Bebe’s death, the undertaker covered her remains with an American flag symbolically wrapping her in the love of her big brother whom she idolized.

During her childhood, Bebe lived in ten homes and attended seven schools. These were located in Alabama, Syracuse, Baltimore, Drexel Hill, and a few in between. Perhaps the seeds of her religious vocation were planted in her heart as early as third grade in Baltimore because both Bebe and her sister, Ginger, loved the Notre Dame sisters in their school. However, it is our Sister Mary Donald, SSJ who became Bebe’s sponsor and her music studies with Sister Mary Donald  laid the foundation for what was to become a whole life’s ministry as a music teacher as well as an elementary and high school teacher for over 50 years.

At the young age of 22, Bebe had the joy of opening St. Kevin’s Convent in Springfield and remained there for ten years.  Her other missions included St. Luke’s in Glenside, Our Lady of the Rosary in Philadelphia, and a number of schools in Allentown, Baltimore, Bayonne, Roselle, Linwood, and Wallingford. She was teacher, principal, and house superior, but it” was Cardinal Dougherty High School where she settled in for over 20 years. When she finally “retired,” she gave many years of service to her friend of 40 years, Father Jerry Schubert at DeSales University’s theater department. Bebe did not want to miss a beat of life and always chose a “window seat on the room of world.” She had a flair for living and her signature style that was all her own included those scarves she wore with aplomb.

Bebe’s deep devotion to our Blessed Mother is echoed in the words of the Magnificat proclaiming that her spirit too “rejoiced” in God her Savior. Sister Maria Virginia Jenkins prayed and lived the words of our vows, “I give you the cycle of my days until death.” Today, we celebrate Bebe’s new life is Paradise.